So to recap, this is what we have built so far:

All of this is neatly committed in a Git repo.

So far we’ve been deploying our app locally through our command line. But if we had multiple people on our team, or if we were working on different features at the same time, we won’t be able to work on our app because the changes would overwrite each other. And it also means that if we deploy some changes while we are working on our app, our users will see those changes.

To fix this we are going to implement a CI/CD pipeline with multiple environments for our Serverless app.

What is a CI/CD pipeline

CI/CD or Continuous Integration/Continuous Delivery is the process of automating deployments by tying it to our source control system. So that when new code changes are pushed, our app is automatically tested, built and deployed.

A CI/CD pipeline usually includes multiple environments. An environment is one where there are multiple instances of our deployed app. So we can have an environment called production that our users will be using. And development environments that we can use while developing our app.

In the coming chapters we’ll be setting up a pipeline that looks like this. 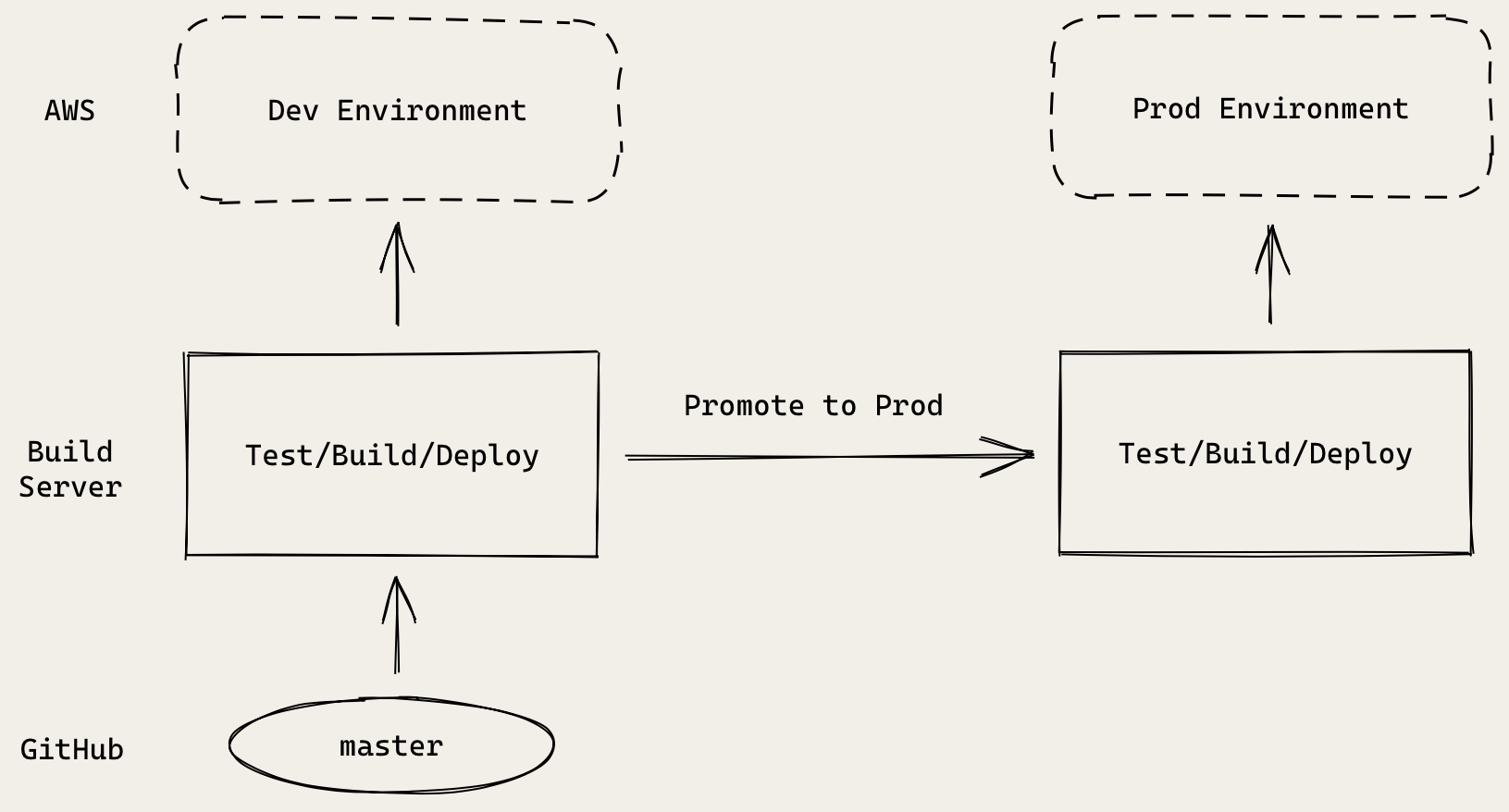 Here is what our workflow is going to look like:

Note that, strictly speaking a CI/CD process doesn’t involve any manual steps. We are including it here because we are deploying infrastructure as well. And we want to make sure that we can review these changes before they are deployed to production.

There are many common CI/CD services, like Travis CI or CircleCI. These usually require you to manually configure the above pipeline. It involves a fair bit of scripts and configuration.

To fix this we created a service called Seed. It requires no scripts and is built specifically for Serverless. It also allows you to monitor and debug your Serverless app. This is something we’ll be doing later in the guide.

We should mention that you don’t have to use Seed. It just makes it easier for this guide. If you’d like to use Circle or Travis, we’ve created a couple of tutorials for them as well.

Let’s get started with setting up your project on Seed.